The Economics of How Stablecoins Work

The past few months have seen no shortage of Stablecoin controversies. There was Tether misrepresenting their asset-holdings, Terra losing its peg to the US dollar, and hundreds of new stablecoins coming about to try to take their places.

But what does all this mean? Stablecoins are an integral part of the blockchain world and understanding how they work is essential to protecting yourself and your money.

So let’s dive into the economics of how Stablecoins work to better understand why they might stop working.

A stablecoin is a cryptocurrency whose price is fixed to the dollar(or some kind of government currency). That means no matter what, the coin should be worth $1.

While currencies like Bitcoin or Ethereum can be incredibly volatile, ideally, stablecoins allow you to use crypto and operate on blockchain platforms without the value of your money changing wildly.

In reality, a stablecoin is only stable if it is properly designed and managed, which unfortunately is not always the case.

There are two main types of stablecoins, asset-backed stablecoins and algorithmic stablecoins. Before we explain the difference, we need to review a bit of how prices are determined.

Transactions and How Prices are Determined

Any given currency or asset that you are buying or selling likely has many buyers and sellers trying to transact at the same time.

If you are a seller, you likely have a lower bound on how much money you are willing to accept for your asset. Ie, you won’t sell a bitcoin for less than $70,000, but you would be stupid to not accept more than $70,000.

Similarly, if you are a buyer, you likely have an upper bound on how much you are willing to spend. If you are trying to buy a bitcoin, you may say you are not willing to spend more than $71,000, but you would be stupid to not accept a lower price.

The more buyers there are, the more they have to compete against each other and will thus accept amounts closer and closer to their upper bound. This drives the price up.

The more sellers there are, the more they have to compete against each other and will thus accept amounts closer and closer to their lower bound. This drives the price down.

When you have more and more buyers and sellers that are competing against each other to make the transaction, the way market dynamics tend to work is that the price range will narrow down to just a couple cents. When your brokerage reports the price of an asset, it is telling you a number in that very small range at which you would expect to make a transaction. In reality, the actual price that is paid could vary a little bit.

Arbitrage is the act of taking advantage of two different prices in order to buy and sell an asset for a profit. It is a key factor in how most stablecoins work.

If I always guaranteed you the price of $71,000, people would keep on conducting arbitrage until no one was willing to sell it for less.

A backed-stablecoin is a cryptocurrency in which some kind of organization guarantees you that you will be able to redeem your coin for a dollar.

Let’s use USDC as an example, which is an asset-backed cryptocurrency. USDC is managed by an organization called Centre which holds large amounts of US dollars and other assets such that they will always be able to pay you one US dollar in exchange for a USDC.

Thus, let’s say the price of USDC fell to $0.95. You know that you are able to exchange USDC for $1 from Centre. Therefore, there is an opportunity to profit and arbitrage will occur. People will buy up USDC and resell it to Centre. All this demand will drive the price up.

Thus, as long as Centre keeps its promise, the price of USDC will never fall below $1 for a significant period of time.

The issue with Asset-Backed stablecoins, is that sometimes the companies that back them may not be keeping their promise. The major controversy with Tether was that they refuse to be audited by a respectable company to verify that they indeed have the money to allow people to redeem their stablecoin for $1.

While the risk with Asset-Backed Stablecoins is that their organizers may not be acting in good-faith, algorithmic stablecoins can collapse by external forces.

An algorithmic stablecoin is a stablecoin that operates not by holding enough money to guarantee redemption for a dollar, but rather to control the supply of the currency.

The specific ways that an algorithmic stablecoin does this tend to vary from coin to coin, and additionally tend to be incredibly complex.

The key mechanism to understand though is that by minting new coins, and thus increasing the amount of coins in circulation, each individual coin becomes less rare, and therefore its price decreases.

Similarly, by burning coins, and thus decreasing the amount of coins in circulation, each individual coin becomes more rare and therefore its price will increase.

An algorithmic stablecoin has some process by which it mints and burns coins in order to control the supply and thus move the price and keep it at a dollar.

The major risk is that these algorithmic processes can’t always keep up with market dynamics. For example, the algorithmic coin Terra saw many people selling off their coins, driving their prices down at a rate that the algorithm couldn’t keep up with. This caused the coin to “lose its peg” and no longer be worth a dollar:

Blockchain is undeniably a space in which someone is going to attempt to take advantage of you at every turn. Before you decide to use any kind of stablecoin, do the research on how these things are backed. It is better to spend 2 hours learning how a stablecoins works, than lose significant amounts of your money. 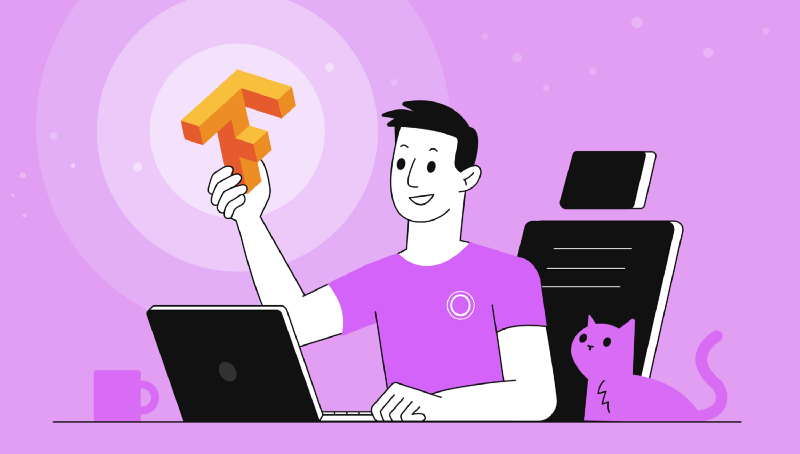